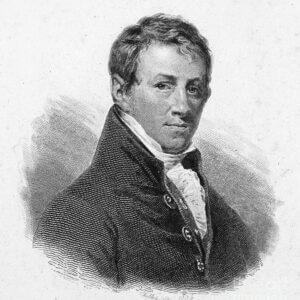 In the very early 1800s, researchers reported independently on a reaction of sulphuric acid with potassium chlorate [Cruikshank 1801; Chenevix 1802]. The yellow gas produced gave indications of the existence of a compound of oxygen and chlorine which Chenevix called hyperoxygenic muriatic acid. For several years, researchers thought that the gas was a mixture of gasses than a single chemical species [Soubeiran 1831].

Then in 1815, the paper by Sir Humphrey Davy, “On the Action of Acids on the Salts Usually Called Hyperoxymuriates, and on the Gases Produced from Them,” was presented before the Royal Society of London [Davy 1815]. In this paper, he described various experiments designed to determine the nature of the yellow gas produced. He is credited for the discovery of chlorine dioxide in this year, as he notes “…and it appears reasonable to conclude, that the deep yellow gas is in reality composed of two in the volume of oxygen, and one of chlorine, condensed into the space of two volumes…” for this work, Davy is generally given credit for the discovery

In 1816 a similar discovery was announced from independent research of the same gas which was designated as “deutoxide of chlorine” [Von Stadion 1816]. Various other workers were involved in this early research to determine the nature of the gases produced from various actions of acids on chlorates. All of these researchers remarked in some way upon the unstable nature of the gas, as several small explosions resulted, some sufficiently violent enough to break the experimental glassware. Various recommendations were made to ensure that further experimentation by others would be done safely [Jacquelain 1825; Soubeiran 1831; Davy 1834; Von Mons 1835; Millon 1843].

In 1843, the reaction of potassium chlorate with hydrochloric acid to produce a green-yellow gas was reported [Millon 1843]. The gas was then absorbed in an alkaline solution to obtain chlorite and chlorate. This green-yellow gas became known as “Millon’s gas.”

The first known commercial process for preparing chlorine dioxide gas was developed in the 1930s, and its use as a bleaching agent expanded rapidly in the industrial sector. In 1941 the oxidizing power of chlorine dioxide was first used for taste and odor control in a water treatment plant in Niagara Falls, New York. The successful use of ClO2 as a water disinfecting agent in New York led to the rapid expansion of its use for this purpose. Chlorine dioxide was introduced as a drinking water disinfectant on a large scale in 1956. ClO2 is now widely used in water treatment,

Chlorine Dioxide (CAs No 10049-04-4) is an approved and allowed substance for human and animal consumption according to EU, USEPA, WHO standards, and many national drinking water regulations. 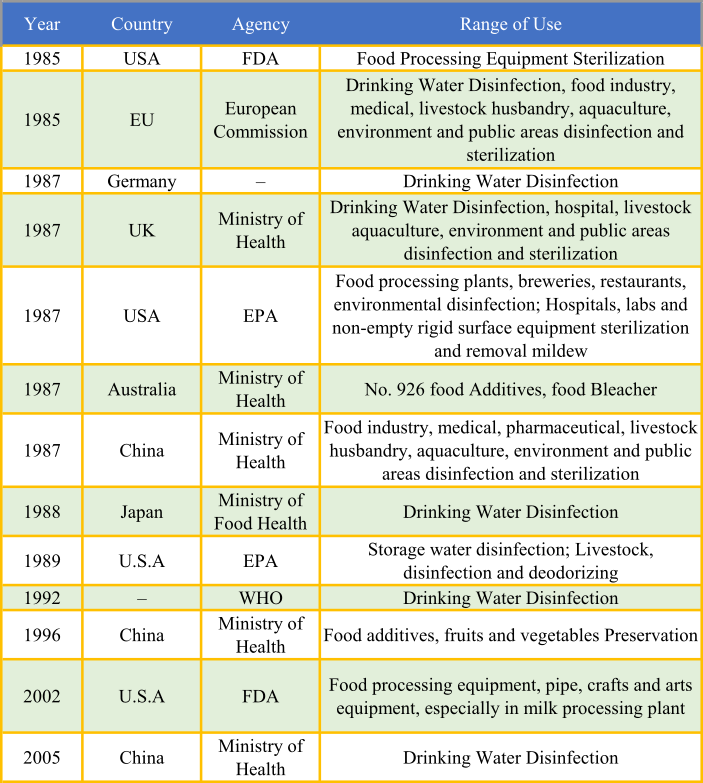