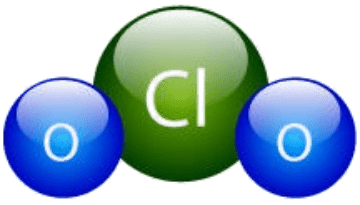 What is Chlorine Dioxide?

Determination of residual ClO2 in process or potable water is a tricky situation. As there are several interference from other oxidants present in water in addition to ClO2 and its disinfection bi-products. The test method for measurement of ClO2 is a normally interfered with its bi-products chlorite & chlorate due to the difficulty in measuring a specific oxidants among other oxidants.

Amaranth is a colorimetric indicator that is selectively decolorized by mg/L concentration of ClO2. The method does not have interference by chlorite,chlorate,monochloramine, free chlorine & ferric ion. And the minimum measurement that can be performed is up to 5mg/L. Hence the said is recommened only in the lab level and not in field.

The method is similar to Amarnath method where in CPR is decolorized by ClO2. The method faces a interference by free chlorine in water. With this method concentration up to 0.1 ppm can be determined. But again the method is operation dependent because of the precise pipetting requirement.

Like amaranth and CPR, ClO2 selectively decolorizes LGB dye. With this method the minimum residue that can be measured is 2.5 mg/L. but again the method is only recommended at laboratory level and not in field.

This is the most commonly used method for testing ClO2 in industrial methods.

DPD forms a pink color & the intensity of the color is proportional to the concentration of ClO2. The problem with the method is chlorine & chlorite ion also reacta with DPD reagents. The system works fairly well in clean water system. But in cases of cooling tower & waste tower there are several interferences from hydrocarbon, SRB etc… 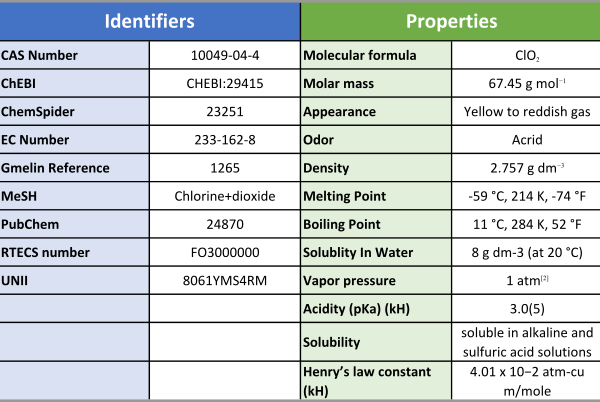